Life Of A 30 Month Old Baby

Your little toddler is officially 2½ years of age and although it’s only been 6 months since they had their 2nd birthday, this extra time will have added so much to their maturity and development. Their routines will be well established and they’ll really have their own special place in the family. Some days you will look at them and think they are all grown up and others you’ll think of them as still being so little.

You’ll never be lonely for company these days. Your toddler will be clearer with their pronunciation, be joining more words together in proper sentences and there will be less idle chatter and baby talk thrown into their conversations. They’ll also have learnt more about the etiquette of speech and will be more willing to wait (just a little) until it is their turn to talk. They may look at your mouth when you are talking and try to mimic the sounds you make as well as your facial expressions.

Even their appearance will have changed. Toddlers of this age often have round little faces, not as juvenile or baby faced as they were, but not mature either. This means they tend to get away with a bit more because they look so innocent. Don’t be fooled though. Behind those big eyes lies a brain which is absorbing every interaction and observation like a sponge. Nothing is wasted on a child of this age. Never doubt that no matter how many other people are involved in your toddler’s life, you are still their most important teacher.

Because your toddler may sound grown up and very clear now with their speech, it could be easy to assume they are more mature than they really are. Patience is not a strong point in this age group; so even if you ask your toddler to wait, they’ll find it hard to do so. Organisation is the key to keeping them active and stimulated enough so they don’t create too much mischief.

Your toddler can name objects more accurately at 2 ½ years, be able to copy what you are doing in the house, and ask for “my turn now” when you’re doing something of interest to them. They still won’t be keen on sharing though and won’t be able to show much empathy when someone else is hurt. They may mimic what they’ve seen you do when they are hurt, but in terms of putting themselves in someone else’s shoes, they can only do this in a literal sense. You’re likely to find them in your shoe cupboard at least once a day, especially if your toddler is a girl. Watch them as they dress up and involve a whole world of fantasy and make believe in their play.

At this age your toddler will still be more inclined to play by themselves. They will be able to initiate their own play activities and look less to you for inspiration. They will also make little plans for their play, follow through the stages and steps of play and recognised if some vital part of a puzzle or game is missing. Your toddler will feel good when you praise their drawings and handicrafts and will ask you to place them in a prominent place for all the family to see. Don’t let them see you throwing their art work away. They don’t have the ability to understand that one masterpiece looks very much like many others. At this age, they can be very sensitive and their feelings hurt if they feel any glimmer of rejection.

Your toddler will also be able to tell you now what they are planning to do and ask you (repeatedly) to watch them. They will thrive on your attention and actively seek your approval. Children of this age need to feel their parents’ delight in them. Without this as a basis for their ego to develop, they can miss out on important emotional stability. This doesn’t mean you need to constantly be telling them how wonderful they are, but genuine praise and affection from parents and carers is essential through these early years.

What You Can Expect this Month

Perhaps a little naughtiness will sneak into your toddler’s behaviour. They may tell little tales, say they didn’t do something which they clearly have, blame other people and hide things which they want to keep for themselves. For a toddler, fact and fiction can mesh very closely. They don’t yet have the cognitive ability to place the same value on truth and respect as adults do so don’t expect more of them than they are capable of. Punishment is inappropriate as your toddler is still too young to link cause and effect in a very clear way. But this doesn’t mean you shouldn’t give them gentle, firm messages that they need to tell you if they want something and not just take it. Praise them when they return things to the places where they found them and when they tell you what they are up to.

Tantrums are common for this age group whose brains are still hard wired to revert back to their primitive state. This means that they can quickly escalate to feelings of rage, despair and frustration. Waiting until these “emotional storms” pass can seem, to parents, like an eternity. It usually pays to stay calm, so ask for support where you need it and don’t become too swept up in your toddler’s distress. They will look to you for reassurance and stability when their own little world just isn’t going like they want it to.

There are likely to be times when you need to take a very deep breath and have a few minutes break from them. Keep a list of names and phone numbers handy so you can ring and speak with another understanding adult who won’t make you feel helpless.

Even if your toddler isn’t keen on chewing, keep offering them lumps and textures. Eventually they will learn to accept these foods and not reject them. Unless children have a genuine problem with swallowing, then hypersensitivity to lumps is generally improved by continued exposure, parents staying calm and not reacting too quickly. Sensible role modelling and a healthy approach to food also helps.

Toddlers of this age who are toilet trained are still prone to the occasional accident. They can become so preoccupied with their play they put off going to the toilet until they can’t hold on anymore. Parents can become worried that this is a sign of the child going backwards but it generally isn’t. Some children just need little prompts every now and then to remind them to go.

Try not to get into the habit of encouraging your toddler to go to the toilet “just in case” before you go out. For little girls especially, this can, over time, lead to problems with bladder capacity and a sense of urgency long before the bladder is full. Although encouraging them to go before you leave the house is practical, if they say they don’t need to and the opportunity has been present, then leave it at that. 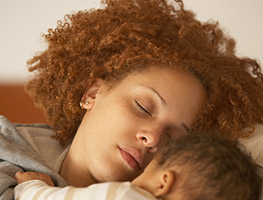 Baby Milestones of a 25 Month Old 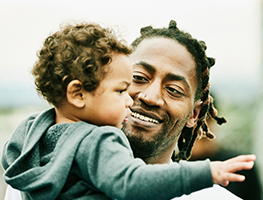 Baby Milestones of a 26 Month Old 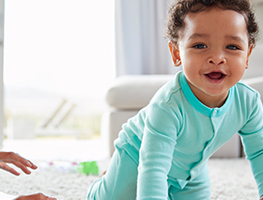 Life Of A 28 Month Old Baby

Life Of A 29 Month Old Baby 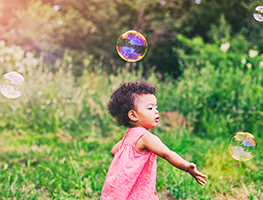 Life Of A 30 Month Old Baby