Most couples are aware of strategies they can try to sway their odds of having a boy or a girl. And for all sorts of reasons, having a baby of a preferred gender can be enough to motivate them to try their luck. But, although the Shettles Method offers a 70-90% chance of conceiving a baby of the preferred gender, it does not really take into account the individual factors, which so strongly influence whether a baby boy or a girl will be conceived. Luck is certainly a factor in the Shettles Method.

Shettles landmark book – How to Choose the Sex of your Baby is still in print and was revised in 2006. Although its claims sound pretty far-fetched, the latest edition includes testimonials from delighted couples who found that his techniques worked for them.

How does the Shettles Method work?

Dr. Shettles (who developed this method) believed that X and Y sperm contain different characteristics. Dependent on the timing and frequency of sex, couples can influence whether they conceive a boy or a girl. Shettles also believed that the vaginal environment and pH can be a major contributing factor, and that having sex at particular times in a woman’s cycle can determine their likelihood of conceiving a boy or a girl.

There may be some truth in what Shettles claims, because there is evidence that more girls are conceived right at the time of ovulation.

Where did the Shettles Method come from?

Dr. Landrum B. Shettles was an American biologist who invented his method way back in the 1960s. He was involved in the early stages of developing In Vitro Fertilisation. It’s worth remembering that this was a time when contraceptive options were not as advanced as they are today and choices were very limited. Any control over fertility, conception and gender selection was seen as an improvement on what had been until then, a bit of a hit and miss.

So when Shettles’ method evolved, it quickly developed a loyal following. After all, couples now believed they had more than a 50% chance of getting the baby they wanted. In anyone’s language, the odds were not too bad. This, combined with the all-important factor of the Shettles Method being free, convinced couples to feel they had nothing to lose by trying it out.

To be fair, the Shettles Method didn’t and still doesn’t offer any iron-clad guarantee that one or either sex will be conceived.

But is it true?

The Shettles Method is not based on hard scientific evidence. The only absolute fact when it comes to gender selection is that, statistically, every couple has an almost equal (50%) chance of conceiving a boy or girl baby with every pregnancy.

It is always the father who determines what sex the baby will be. This is because, although babies inherit sex-linked chromosomes from both their parents, the mother will always provide an X (female) and the father either an X or a Y (male).

What is the difference between the boy and girl sperm?

Couples who already have two of the same gender children are around 75% more likely to have the same gender baby again. It just seems that some men produce more X or more Y sperm. We all know families where couples only seem to have the “recipe” to make girls or boys and there may not have been a boy, or a girl born for generations.

Shettles Method to have a boy

Shettles Method to have a girl

Benefits of the Shettles Method

Best Sex Positions To Get Pregnant

When is the Best Time to Get Pregnant?

Chances of Getting Pregnant with Age

How to Get Pregnant Fast

How to Get Pregnant After Ovulation 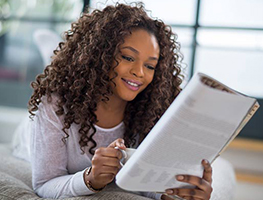 Tips to Get Pregnant