How to Deal with a Phantom Pregnancy

One of the more unusual conditions that can occur in women is to have a phantom pregnancy. This is a rare condition and is known formally as pseudocyesis or false pregnancy. Pseudocyesis comes from the Greek language – pseudes meaning false and kyesis meaning pregnancy. In men it is known more frequently as a sympathetic pregnancy or by its official title of couvade syndrome. This is more common in particularly sensitive men who, when their wives or daughters are pregnant, experience similar symptoms as they do. Weight gain, vague aches and pains, abdominal swelling and moodiness are common symptoms of couvade syndrome.

Surely they must know

Interestingly, it’s not only women with pseudocyesis who believe they are pregnant. Research has shown that as many as 18% of health professionals, when presented with a woman who has pseudocyesis, is also of the opinion that she is pregnant. This is because she is so sure herself and her symptoms are so convincing that they do not suspect otherwise.

In historical literature there are a lot of cases written up on the incidence of pseudocyesis or phantom pregnancy. Hippocrates documented cases and recorded as many as 12 women who had the experience. The most famous western case is Queen Mary Tudor, who believed she was pregnant on two separate occasions.

How can it happen?

In a phantom pregnancy, the woman’s mind convinces her body that a baby is present. Some and perhaps all of the classic symptoms of pregnancy are present, including nausea, tender breasts, absence of menstruation and even an enlarged abdomen. Because of the strength of the woman’s beliefs and her interpretation of physical symptoms as being due to pregnancy, her endocrine system and pituitary gland are influenced to secrete pregnancy specific hormones – specifically oestrogen and prolactin. Of these, prolactin has a role in enlarging the breasts and preparing them for lactation.

Swollen breasts, nipple changes and even lactation are not uncommon in women who honestly believe they are pregnant. For some, it is not until they go into (false) labour and do not progress to deliver a baby that their phantom pregnancy ends.

But exactly why pseudocyesis occurs is still a little unclear. Most commonly it emerges in women who are desperate to conceive and long for a baby. In others, they feel an obligation to have a baby and do what is expected of them. In turn they convince themselves and others that they are indeed pregnant.

How common is phantom pregnancy?

The current estimate is that pseudocyesis occurs between 1-6 times in every 22 000 pregnancies – but it can be much higher in Africa. But it is not solely restricted to women. It can also occur in children, men and even in the elderly. Interestingly, pseudocyesis is reasonably common in dogs and mice, where it is titled pseudopregnancy. Female dogs that experience this can ‘bond’ with soft cuddly toys after their phantom pregnancy, and attach to them as if they are their puppies.

What are the symptoms of a phantom pregnancy?

Although the symptoms of phantom pregnancy can differ slightly, e.g. some women may experience nausea or fatigue, the one consistent theme amongst women with pseudocyesis is that they honestly believe they are pregnant and going to have a baby. An enlarged abdomen, enlarged and tender breasts, lack of a period and nausea are some of the most common physical symptoms of this condition. So, in addition to feeling pregnant, these women actually appear to be as well.

Symptoms vary in their length depending on the individual woman and her history. She may experience symptoms for days, weeks or some months – commonly nine months and this may even extend to years if she has a psychological problem.

Why does phantom pregnancy happen?

There seems to be a complex series of reasons for the occurrence of phantom pregnancy in some women. The relationship between hormones and psychology is well proven, and there is certainly a link in cases of pseudocyesis. A combination of physical as well as emotional factors all contribute, where a feedback loop between the body’s pregnancy ‘symptoms’ helps to fuel the woman’s belief that she is pregnant. These, in turn, play a role in the secretion of hormones that serve to sustain her belief.

It seems that the reason why the abdomen enlarges is because of weight gain from dietary changes and a build up of intestinal gas.

Stress on regions of the brain controlling the secretion of pregnancy-specific hormones also contributes.

Who is more likely to have a phantom pregnancy?

Women who are undergoing fertility assistance, who have previously lost a baby due to miscarriage or stillbirth, or who have been advised they will never have children are more likely to develop pseudocyesis. Also, women who have never married or who are going through menopause are more at risk.

Women who have some particular medical conditions can also be more likely to have a phantom pregnancy. Those with ovarian problems, ectopic pregnancy and/ or who are morbidly obese can have symptoms.

Women who have had backgrounds of poverty, extreme hardships, inattention and anxiety are all more likely to experience a phantom pregnancy.

Women who have a very strong wish to be involved in a family member or friend’s pregnancy can also develop pseudocyesis. They become so absorbed by the experience that they literally internalise it and so convince themselves that they are pregnant as well.

What is the treatment for phantom pregnancy?

First of all it is important to confirm that there really is no baby present. Pregnancy testing on the blood and urine as well as pelvic examination and ultrasound will all confirm this. However, there have been cases where women have tested positive to pregnancy testing despite the fact that they are not pregnant.

When no baby is seen on ultrasound, there is an absent heartbeat and no delivery occurs, then it is fair to say that the woman is not pregnant. Although phantom pregnancy may have been suspected, it’s not until these factors are clear that the diagnosis of pseudocyesis is given.

There is no specific treatment or medication for pseudocyesis. But because it is more likely to occur in women who have or have had emotional disturbances, there is a greater likelihood that they will require anti-depressants or other psychiatric medication. For those who are not having any periods, hormonal medication may be prescribed to assist with their periods returning to a normal cycle.

It is routine management in the case of pseudocyesis to order an ultrasound of the uterus so the women can see for herself that no baby is present. Doing pregnancy tests on urine and blood do not provide the same level of confirmation, as some women can interpret the findings as simply incorrect.

For women who are convinced they are pregnant but are actually not, being informed of this can be devastating. Sensitivity and understanding is very important and counselling is often necessary. Family as well as professional support is vital. For women who are very keen to conceive, fertility support may also be necessary. 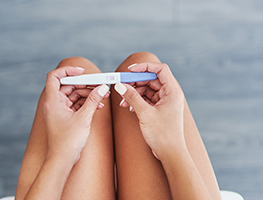 How to Test Pregnancy at Home 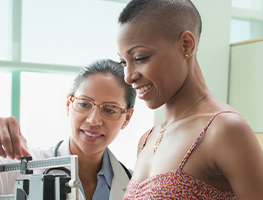 How Many Weeks Pregnant Am I

Negative Pregnancy Test: What to Do Next 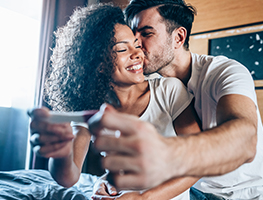 Next Steps After a Positive Pregnancy Test 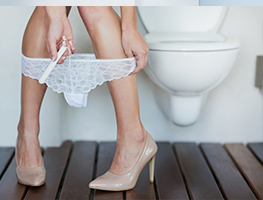 Causes of Spotting Before Your Period 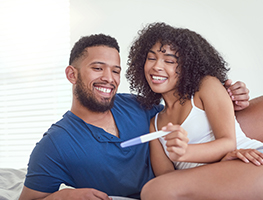 What to Do During the Two Week Wait