Measuring your body’s temperature on a regular basis may help you to know when you are about to ovulate. Usually there is a drop in temperature just before ovulation and a sudden rise afterwards, but knowing this is what happens and doing something about it are two different things entirely.

Keeping a recording of your daily temperature and charting it, then interpreting the measurements into meaningful information, takes a certain level of commitment and motivation. Though, for women who are trying to conceive (TTC) and keen to do everything they can to maximise their chances of having a baby, it’s probably not such a big deal.

What exactly is a basal body temperature?

This is the lowest measurement of the body’s temperature when it is taken first thing in the morning after rest. It is a baseline, which is then used to compare any rise or fall over the course of each month. In order to be effective, a woman needs to take her temperature before she even gets out of bed and when she has been asleep for at least four hours and preferably more.

It is important for her to take her temperature before eating, drinking or going to the bathroom and before any sexual activity – all of which raise the heart rate and, in turn, the body temperature from its baseline level.

By taking and recording the temperature level every morning, over a period of a few months, a pattern can often be seen. Being able to predict when ovulation is just about to occur and, therefore, when the woman is most likely to be fertile can be useful for couples who are trying to conceive.

Will just a normal thermometer do?

The thermometer needs to be placed under the tongue and left there until it beeps. If you are using a mercury thermometer, then it needs to be left for three minutes to gain an accurate reading.

When do I start taking my basal body temperature?

On the first morning of your menstrual period, as this indicates the start of each cycle. It is important to be sure that you are not spotting and that what you are having is a true period.

Keep your chart and a pen and thermometer beside your bed so they are within easy reach. Even the simple action of getting up and retrieving these from somewhere else, e.g. your bathroom, may elevate your temperature and give false results.

How do I chart my basal body temperature?

What temperature changes am I looking for?

Generally, it is necessary for women to chart their basal body temperature for around three or more months before they see a predictable pattern occurring. It takes time to build confidence in being able to predict ovulation through temperature variations and other body changes.

What other changes can tell me I’m ovulating?

Your cervical mucus will change from being scant and thick to being more watery, like clear egg white. This is because the cells within it change and elongate to help the sperm swim upwards and through the cervix towards the egg.

There is some disagreement within health professional circles whether keeping a basal body temperature chart works, though there is no doubt that it does help women to become more aware of their fertility and their own menstrual cycles. It also helps them feel as if they are “doing something” towards boosting their chances of conception. But it can also place additional stress on couples who are longing to have a baby and who are experiencing infertility. Timing intercourse is generally not ideal and can contribute to relationship tension.

How accurate is it?

Keeping a basal body temperature chart is not an exact predictor of ovulation. In many ways, it is more useful as a tool of measuring ovulation after it has happened rather than before.

Keeping a record and then interpreting the pattern of temperature rises and falls will help you to know when your most fertile time frame is likely to be. But remember, this is not a guarantee that you will conceive and there are multiple factors that need to align before conception occurs.

What can I do to boost my chances of getting pregnant?

During the fertile phase of your monthly cycle, aim to have intercourse every couple of days. It’s not necessary to have sex every day, but this won’t do any harm either (though having a break of two days of abstinence does help to boost sperm production, numbers and motility).

Ultimately, the key to conception success is to try to have sex before ovulation. 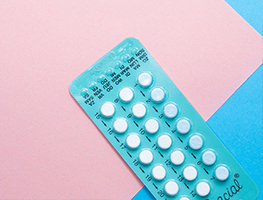